Trade Sanctions – A Rock and a Hard Place?

Trade sanctions are an important political tool in international diplomacy. However, for business they are a potential legal minefield and proper care needs to be taken to avoid the potential consequences of a breach. The law in this area is voluminous and much depends on the sanction and its originating source. This article seeks to set out the bare bones of the UK sanctions regime and the practical steps that those who may be potentially affected should consider.

For the UK, any sanctions that are imposed emanate from either the United Nations Security Council (‘UNSC’) or the European Union as part of its Common Foreign and Security Policy (‘CFSP’). If Brexit takes place on 29 March 2019, the UK will cease to be part of the CFSP and thus will be free to impose any sanctions it chooses, creating potential for a divergence of sanctions between the UK and EU. This may especially apply in the case of Russia. For instance, the EU has considered whether to soften its approach to Russia and this view has been expressed most recently by President Macron of France. In the world of post-Brexit Britain, in light of the case of the Skripals, it would be almost impossible to see the UK adopting the same approach. Accordingly, it could matter whether trading with Russia occurs in the UK or the EU, and what the trading is.

At present, any sanctions imposed by the UNSC or the EU automatically become part of UK Law under sections 143 to 145 of the Policing & Crime Act, 2017.

The typical types of sanctions that are often imposed are embargoes, financial sanctions, travel bans, and prohibitions on imports.

It is a criminal offence to breach a trade sanction and if convicted the defendant involved could receive a prison sentence and/or a fine. There are also potential civil penalties which are the highest of either £1 million or 50% of the value of the breach. It can also be a criminal offence to assist another to breach a trade sanction, for instance where a company turns a blind eye to what may be regarded as obvious.

Under the European Union Financial Sanctions (Amendment of Information Provisions) Regulations, 2017 (SI:754/2017) there are now self-reporting provisions akin to the money laundering rules. These regulations extend to certain businesses and professions, and the offences associated with a failure to comply with the duty to inform Her Majesty’s Treasury, if they know, or have reasonable cause to suspect, that a person has committed an offence under the relevant regulations, or is a person subject to an asset freeze for the purposes of the relevant EU financial sanctions regime. A similar position is expected to emerge under the Sanctions and Anti-Money Laundering Act, 2018, which received Royal assent on 23 May 2018. This Act is therefore a significant piece of legislation and reflects a key aspect of the “Brexit legislation”, which is required to fill in the gap which had previously been filled by EU laws.

How can businesses try to prevent inadvertent breaches of sanctions legislation?

A Message to the shipping world (follow-up article – “Choppy Waters”)

Navigating the global sanctions landscape is a huge challenge for the shipping fraternity. This is due to divergence between the various jurisdictions are and the rate at which sanctions lists evolve. In due course, there will be a follow up to this article, with a focus on the implications trade sanctions have on global maritime operations. The article will focus on far reaching implications and those industries which are considered to be ‘high risk’. 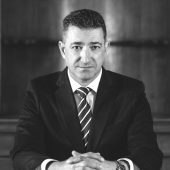 Best Rated Brexit Law Legal Business New Guidance Russia and CIS Star Wars
By using this website, you are agreeing to our use of cookies. View our Privacy PolicyAgree