The Aftermath of the Panama Papers

After global media organisations published the leaked Panama Papers from law firm Mossack Fonseca revealing how corporates and some of the world’s wealthy and powerful used offshore companies to hide their assets, the Government has gone into overdrive by trying to bring in new powers and laws to stop tax evasion and money laundering. The new powers and legislation, some may say, are a knee jerk reaction to the leak and the result of the pressure David Cameron has faced being part of the fiasco.

Practically, what does this mean for companies and wealthy individuals?

2. Increase in Tax Evasion or Tax Avoidance Investigations by Her Majesty’s Revenue and Customs

For those companies and individuals who have made use of offshore companies and may now be in danger of being exposed as tax avoiders or evaders, the solution may be to make complete and accurate disclosure to Her Majesty’s Revenue and Customs (HMRC), before HMRC become aware of any tax irregularity. Obviously, the starting point is to instruct a tax advisor or a lawyer to advise on whether what was done amounted to avoidance or evasion.  If the company or individual could potentially be involved in tax fraud then it may be advisable to contact HMRC in order to try to invoke HMRC to investigate, using the Code of Practice (COP9) investigation of fraud procedure.

If COP 9 is invoked, and as long as the company or individual co-operates fully with HMRC by giving complete and accurate disclosure, they will be allowed to make use of the Contractual Disclosure Facility and HMRC in exchange will not pursue a criminal investigation. Full co-operation will also ensure the subject of the investigation receives the greatest possible reduction in any penalties due.

On the 11 April 2016, David Cameron announced that the UK Government ‘will legislate this year to hold companies who fail to stop their employees facilitating tax evasion criminally liable’. This announcement follows from the proposals consulted on by HMRC at the end of 2015 in its paper, ‘Tackling offshore tax evasion: a new corporate criminal offence of failure to prevent the facilitation of tax evasion’ and the pressure placed on the Government after the release of the Panama Papers.

Draft Legislation for this new offence which is included in the Government’s response to the above consultation paper, indicated that the new offence will likely resemble the Bribery Act Offence of failure to prevent bribery. However, corporates will have to put in place ‘reasonable procedures’ to prevent the facilitation of tax evasion rather than ‘adequate procedures’ under the Bribery Act.

In practice what does this mean for companies? It means companies will have to implement new policies and procedures to ensure that on a principles based approach ‘reasonable procedures’ have been adopted to prevent tax evasion.

The new offence will be extensive as it will include criminal facilitation of tax evasion carried out by associated persons, which could include an employee, agent or indeed anyone who provides services, for or on behalf of, the company.

Yesterday, Teresa May announced a raft of new powers to combat suspected money laundering following the consultation document published by the Department for Business, Innovation and Skills, which said: “Property can provide a convenient vehicle for hiding the proceeds of crime”. The new legislation and powers include:

– A new offence of ‘illicit enrichment’ for cases where a public official’s assets have increased significantly without satisfactory explanation.

– Giving the Court the power to impose ‘unexplained wealth orders’ (UWO) and the power to institute forfeiture proceedings if the subject of a UWO cannot explain their wealth to the appropriate standard.

– A new administrative power to designate an entity as being of money laundering concern and require banks, law and accountancy firms to take special measures when dealing with them.

The proposal will aim to make better use of Suspicious Activity Reports (SARs) usually filed by banks or other regulated businesses and used as an important tool by UK law enforcement to identify corrupt assets. Anyone assisting with a transaction that they know or suspect may amount to money laundering is obliged to file a SAR.

In practice, the above new laws and powers will mean that in the future, companies and individuals will need to be more transparent about ownership of their assets and the setting up of offshore vehicles to disguise true beneficial ownership.

For those companies and individuals who have made use of offshore accounts and may now be in danger of being exposed as tax avoiders or evaders, they should instruct advisors to consider their liability and contact HMRC before HMRC contact them. 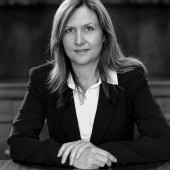 Cindy specialises in regulatory investigations and enforcement, White Collar and Business Crime. Cindy is an experienced practitioner who advises on a wide range of white collar crime and financial services regulatory matters. She has acted for both individuals and companies in investigations and proceedings brought by the Serious Fraud Office (SFO), The Financial Conduct Authority (FCA), the Crown Prosecution Service (CPS), the National Crime Agency (NCA), HM Revenue and Customs (HMRC) and other prosecuting bodies.